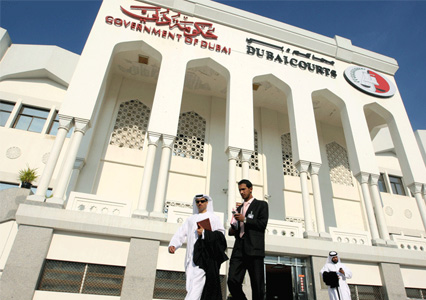 In this context, the question raised is whether it would have been advisable for the Claimant to have used the DIFC Court as a “conduit” jurisdiction for the recognition and execution of the US-judgment?

On May 11, 2014, an action was filed before Dubai Court of First Instance by a U.S. company (“the Claimant”) against a UAE company (“the Defendant”), represented by Azhari Legal Consultancy, for recognition of a judgment from a foreign court – the U.S. District Court, Northern District of California. The Court of First Instance dismissed the case on the grounds that (i) there is no applicable enforcement treaty between the United States and the United Arab Emirates (the “UAE”) and (ii) the judgment by the foreign court was issued in absence of one of the parties (Default Judgement) and as such cannot be deemed a final judgement and therefore it is subject to challenge. Subsequently, the Claimant appealed the judgment to the Court of Appeal.

In its appeal memorandum, the Claimant argued that under the agreement in question, a distribution agreement, the legal procedures must have been followed under the laws of California and accordingly they did a proper service of notice which lead to the Default Judgment. Further, the Claimant cited a UAE Court of Cassation Ruling that all judgements or orders issued by foreign courts may be executed within the UAE if all elements of Article 235 of UAE Civil Procedures Law (the “CivPro Law”) are met. Article 235 of the CivPro Law enumerates the conditions under which a foreign judgement can be executed within the UAE. The Court of Appeal accepted the Claimant’s argument and reversed the Court of First Instance’s decision. Consequently, the Defendant challenged the decision and filed an appeal before the Court of Cassation.

The Court of Cassation (Case No.: 517/2015 date of judgment 08/28/2016) confirmed the Court of First Instance’s decision and opined that in the absence of an applicable enforcement treaty between the UAE and a relevant foreign jurisdiction in which the judgement originated from, a foreign judgment may be executed within the UAE; however, the Claimant failed to prove that all elements of Article 235 of the CivPro Law are met for recognizing and executing the foreign judgement.

Alternatively, the DIFC Court’s enforcement regime may open up a wider route to enforce foreign court judgements within the UAE. According to Article 7(6) of the Judicial Authority Law (the “JAL”) and Article 24(1)(a) of the DIFC Court Law (DIFC Law No. 10 of 2004), the DIFC Courts have jurisdiction to ratify any judgment of a recognized foreign court for the purposes of enforcement in the courts of Dubai.

The most important issue to be addressed then would be whether the courts of Dubai are willing to enforce “conduit” DIFC Court judgments. Recent developments in the UAE legal system and in particular the increasing level of cooperation between the Dubai Courts and the DIFC Courts systems suggest a new channel of enforcing foreign court judgments through the DIFC Courts system, even though in practice it yet remains to be seen how the courts of Dubai would react.

In light of DNB Bank ASA v Gulf Eyadah Corporation and Gulf Navigation Holdings PJSC, it would have been certainly advisable for the Claimant to have sought recognition and execution of the California judgment before the DIFC Courts.