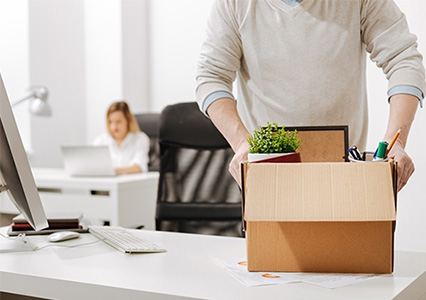 A closer look: Non-competition provisions in the UAE

In the UAE post-termination restrictions are a common practice and imposed by the employer to prevent that the employee joins a competitor after terminating the employment. Such covenants are lawful, but only to the extent which is necessary for protection of the legitimate interests of the employer.

In order to be considered valid by the UAE courts, the post-termination restriction must be limited in terms of duration, place, and with regard to the business field.

Regarding the limit to the length of time, 6 months are generally accepted as being reasonable. However, a restriction of up to 12 months might be acceptable by the courts if there are unique reasons in relation to the employee and his position that require a wider restriction. Secondly, regarding the geographical restriction, the restriction to the Emirate in which the employee has been working is generally accepted as being reasonable (for instance Dubai), unless there are specific reasons that might justify a wider restriction. Lastly, the employee’s business field and position has to be determined, whereby the activity sought to be restricted should be well defined and specific.

As a general observation, the degree of probability that non-competition clauses are considered valid rises the higher the employee’s position has been, considering that senior employees are more likely to have access to business secrets.

In case of an invalid non-competition provision, the courts strike them out in their entirety if considered unreasonable in time, place and/or business sought to be restricted, rather to “blue pencil” such agreements.

In case the non-compete clause is ignored by the employee, the employer may not stop the employee or physically prevent the employee via court order from joining a competitor, since injunctions to stop working with a competitor are not available through the UAE courts (different in the jurisdictions of DIFC and ADGM where interim reliefs are available).