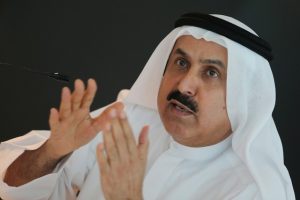 Expatriates and business owners have warmly appreciated the recent reforms to the Labour Law of UAE.

Minister of Labour Saqr Ghobash in his press conference to the journalists told that these labour reforms aim to tighten oversight of employment agreements for temporary migrant workers. These reforms will come into effect from January 2016.

Under the new reforms and policies, prospective foreign workers would be asked to sign a standard employment offer in their home countries. The contract would be filed with the Ministry of Labour before a work permit was issued. That agreement would then be registered as a legal contract once the worker arrives the country and no changes would be allowed unless they were additional benefits that the worker agreed to.

Ministry of Labour has issued three new labour rules which include:

Either side (the employer or worker) can terminate the contracts under terms spelt out in the ministry decree. Once that is done workers are free to switch to a new employer.

The main goal of these reform is to ensure transparency and compliance in matters related to labour contracts, including terms of termination. The new laws would benefit both the employer and the employee. Mr Al Meqbali, who also sits on the board of the Abu Dhabi Chamber of Commerce and Industry, said the changes would provide more flexibility because with the reduced time for transferring employees and their contracts, companies will be able to quickly put workers in the right positions, while employees will have better ability to find the job they want.

Response from the Media, HR and Workers

Media analysts, HR experts and lawyers have also shared their points of view, for example: